We have wanted to get growing our own vegetables ever since we arrived, but a combination of factors including not actually having anywhere to grow them has been somewhat of a stumbling block. That is until now.

Oh, we said, wouldn’t it be great to have a polytunnel, next thing we know our neighbours have heard about one being sold in the village. Yipeee! We decide to do a polytunnel share so we can split the cost, building, veg we grow and so on. 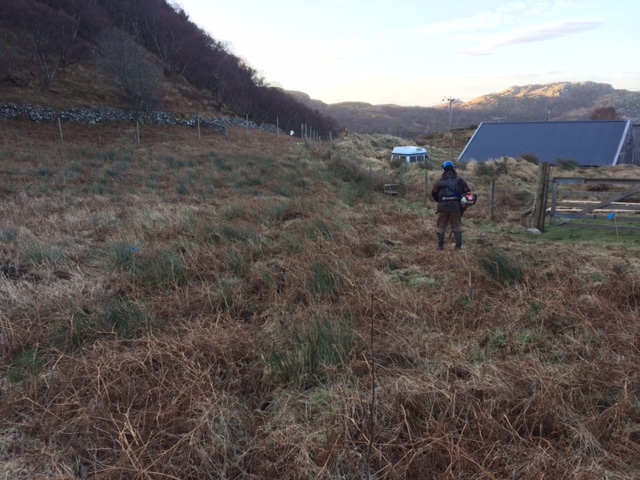 So, down to business. Step one, ground preparation. We needed an area that had already been deer fenced. Tick. After a bit of strimming we then had to clear the vegetation. Luckily, past generations had cleared this area of croft of rocks and it had been ploughed relatively recently, so digging was much easier than I thought it would be. The plan was to clear the space for the polytunnel plus a one metre border around it. The dimensions Rich had given me for the polytunnel were slightly exaggerated (what is it with men and sizes??), so I ended digging a bit more than was necessary. “That’s ok” I said, through (quite literally) gritted teeth. 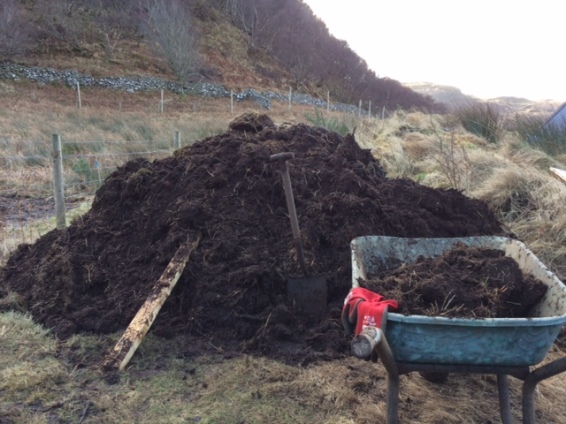 We had taken photos during the dismantling of the tunnel from its original position, so putting it back up again, without any instructions, would be a piece of cake.

We knew that getting the corners to be right angles at this point was essential. Getting this wrong would mean a wonky polytunnel, the doors wouldn’t close and the covering probably wouldn’t fit properly. No pressure. From the corner, we measured along the frame 3 ft in one direction and then 4ft along the perpendicular pole. From these two points, the diagonal of our triangle then had to measure 5 ft and we would know we had a right angle. Good ole Pythagoras. I take back everything I have said about the pointlessness of high school maths.

After a bit of wiggling and waggling and bit of to me, to you, we had the right angled corners, but every time we tried to straighten a pole, we would knock the angle out of kilter. Dammit!

Time for a plan. A cunning plan. We put the whole frame together, this ensured everything was pointing in the right direction and fitted together nicely. It provided some stability to the base frame and lo and behold, it pulled the corners nicely into a right angle. 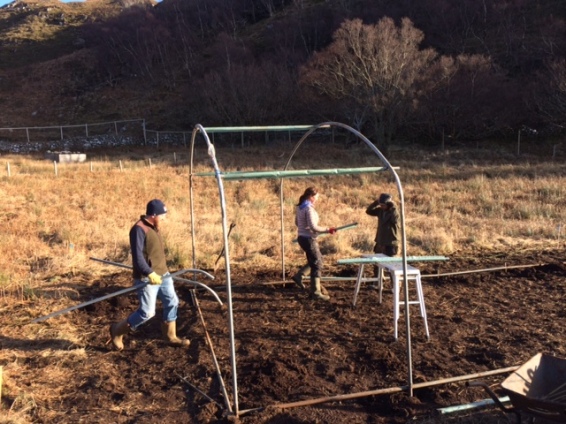 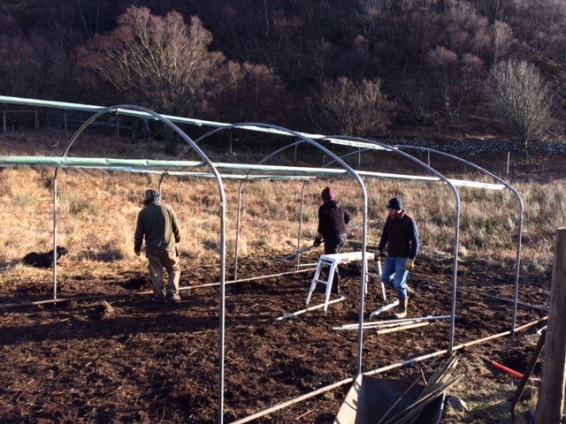 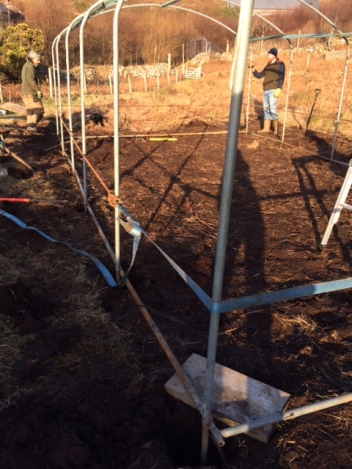 Before concreting the poles into the ground we needed to pull the poles together. Our strainer wire hadn’t arrived yet, so a ratchet and some rope did the job nicely.

As we were having some quite splendid sunny, dry February weather we took the opportunity to mix the concrete. We don’t need that much, we naively thought. We mixed a load and shovelled it in to the first hole. Ah. It didn’t even half fill the hole. Sob. Between the 4 of us, taking turns with mixing and shovelling the concrete we eventually filled all 12 holes. 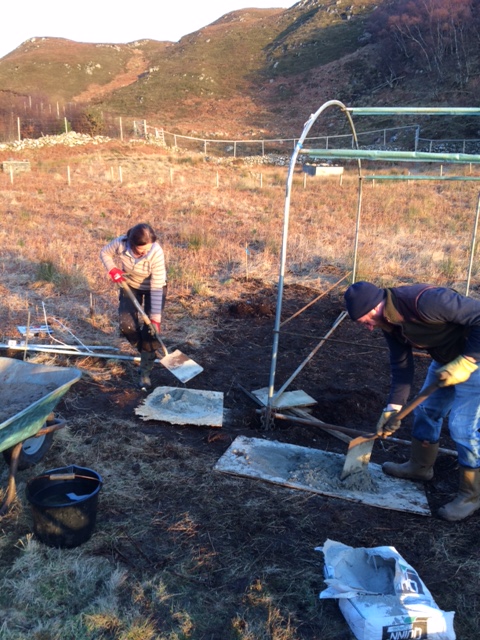 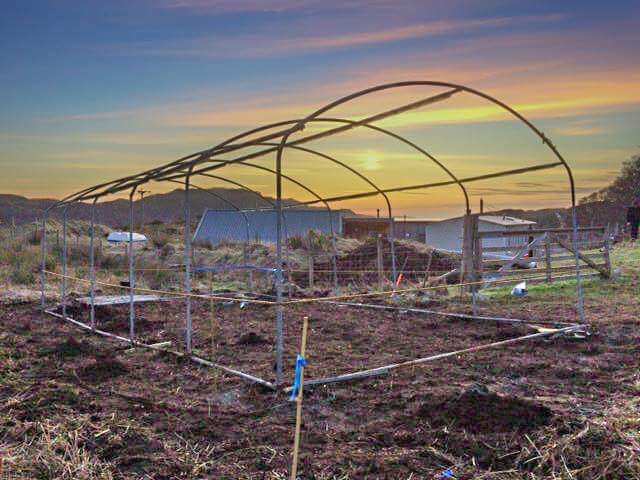