I had an idea. Totally love the Milky Way; I could look at it every night, given the chance, and I do like taking photos of it too. But I most like taking photos when I can put something in the foreground. This time I wanted my foreground to be Quinag, but I hadn’t done my homework; I didn’t know where to stand to get the stars above the mountain, or even if I’d be able to see the split in the stars above the three peaks. I waited months for a clear sky on a dark night when I was actually free, until the time was right to drive the half hour to where I hoped to get some pictures. I set off for about a hundred yards up the Unapool Burn, and straight away realised that the stars were too far west (or I was too Far East!) to get what I was after, but the good news was that the “best bit” was indeed high enough in the sky to see above the ridge from where I was standing. I had another go just down the Drumbeg road:

and finally tried one from the middle of the Kylesku bridge. 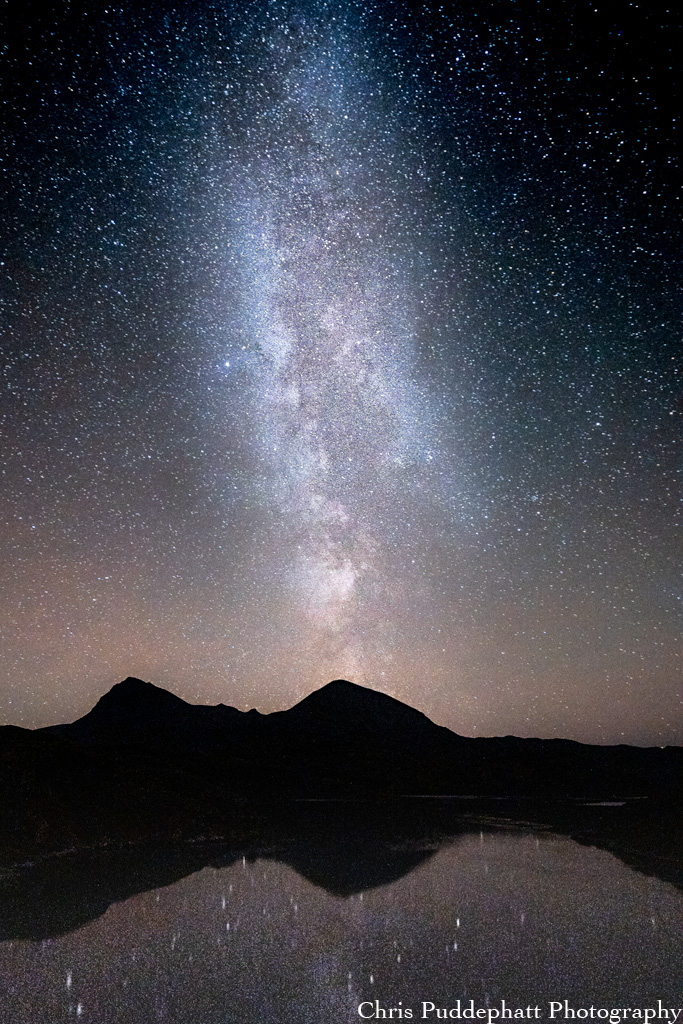 Whilst I was doing the final shot, I couldn’t help notice the five camper vans parked up; all their occupants tucked up for the night (945pm), missing the action. I’m quite pleased with what I saw and what I recorded, but not satisfied enough…… The reflection in the sea suggested that I would get the best results shooting across water, and I really wanted the stars “erupting” from the middle of the gap between the two closest peaks, Sail Gharbh and Sail Ghorm. So there’s the mission; I got the map out and drew my lines of sight onto it, and between these parallel lines I started searching for a pool, or even a big puddle! Two trips in daylight to nail my desired location has left me with some decent shots, but actually revealed that I might well need to use a large peaty puddle to get what I’m looking for.

Reconnaissance pictures; Carol doing some painting whilst I do the searching…. 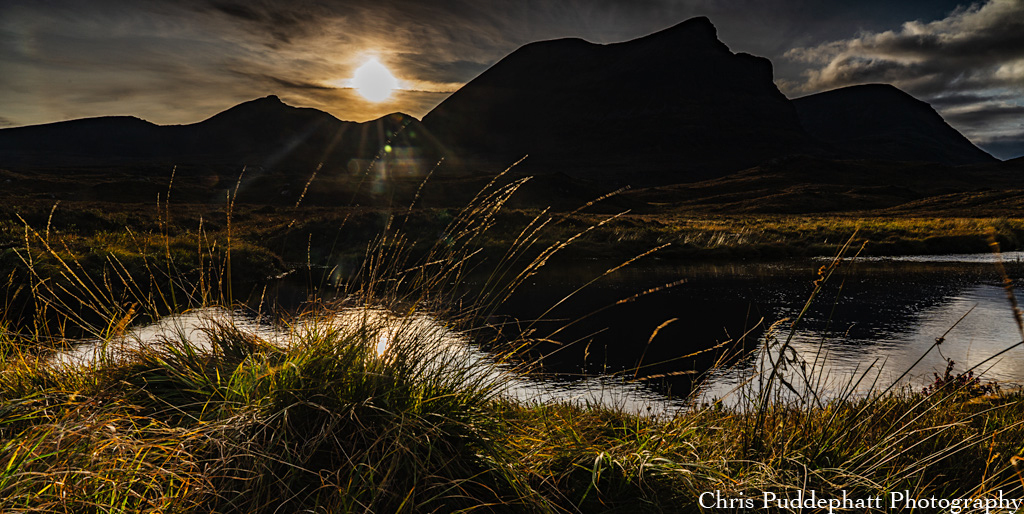 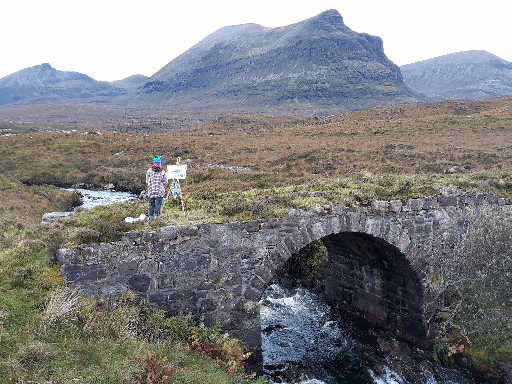 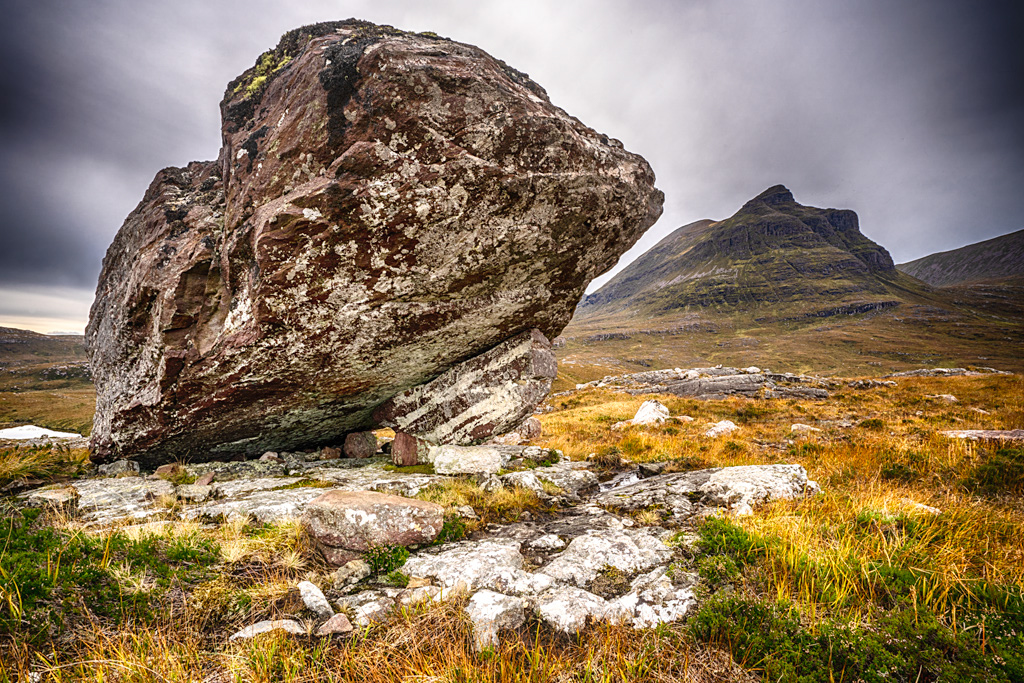 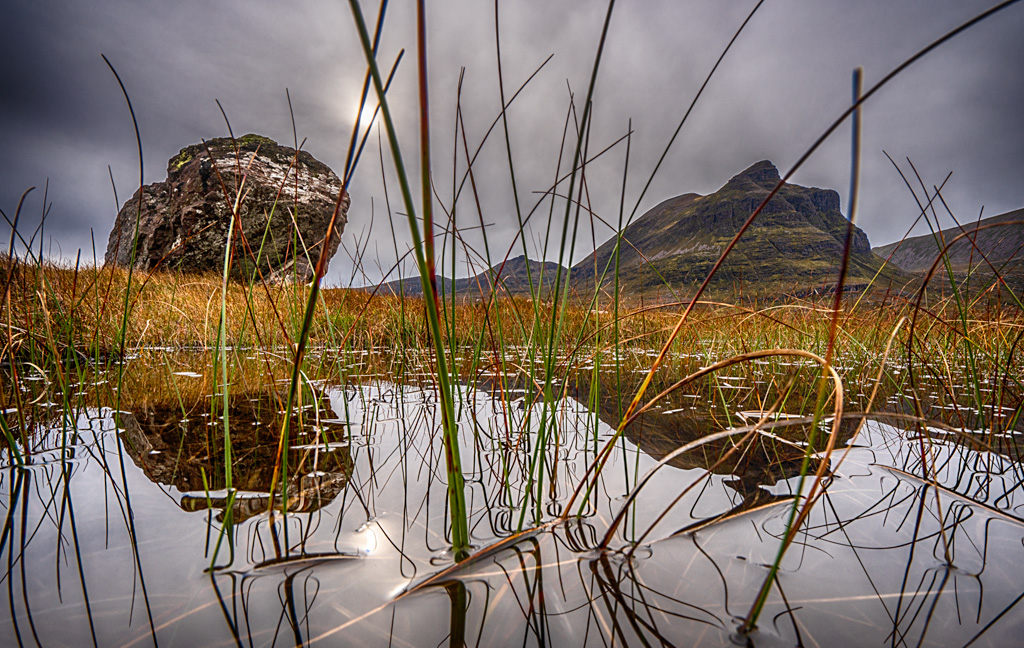